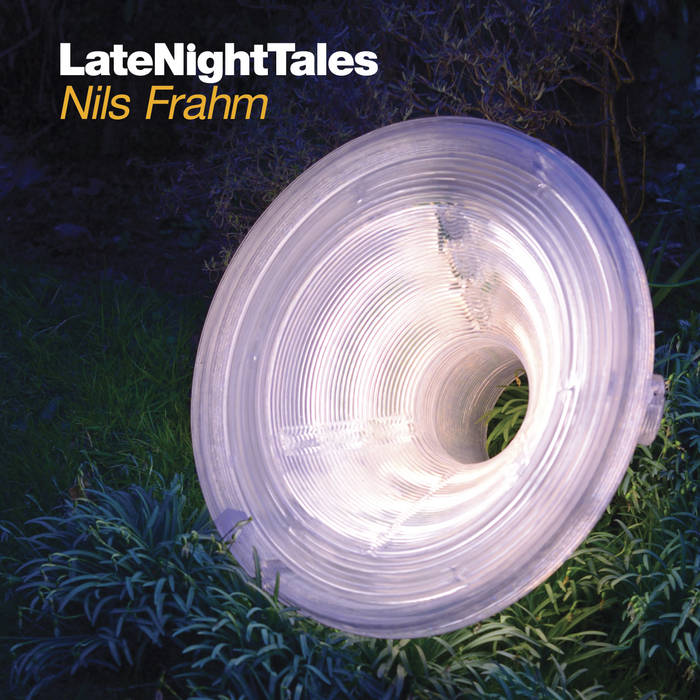 Gret Mac A collection of songs that take you right to the heart of the places from which they have emerged. Thanks Nils Frahm for putting this journey together. Favorite track: In A Beautiful Place Out In The Country.

Scott Some pretty legit creepin going on here. Everything is familiar enough to feel odd when it doesn't match your memories. Feels like a good soundtrack to a night of contemplative recollection, itself an act of reshaping memory through recall and rewrite, the fuzzy qualities of lossy burn in. Favorite track: You're The Only Star (Nils Frahm's '78' Recording).

Andrew Jervis Frahm weaves tunes in and out of focus on his dream-like mix. This is a superbly curated Late Night Tale, crafted with care.

Luis Sanguesa Sinhueso Nils, I've loved your gigantic piano music for a while.. this compilation also includes some favourite songs I didn't have. Especially love your take on 4'33"" Thanks! Favorite track: Concierto de Aranjuez (Adagio).

A hypnotic voyage through modern and classical composition, experimental electronics, jazz, dub techno, soundtracks and soul; Frahm's Late Night Tales haunts and beguiles. It’s not mixing, so much as gently layering, like a particularly fluffy goose-down duvet folding in on itself, the folds part of the attraction, the layers part of the overall picture being painted.

Many of the tracks have been edited, effected and re-made. The subtly overdubbed parts on Rhythm & Sound's ‘Mango Drive’ adding to the haunting hypnosis, while choral interruptions aid Miles Davis’ ‘Générique’ on its journey towards the light. Meanwhile, on Boards Of Canada’s ‘In A Beautiful Place Out In The Country’, the tempo is somewhat sluggish, the organs slurred, as Frahm slows it down to a funereal 33rpm that nevertheless fits perfectly. The purring of his girlfriend's cat Cleo transitions playfully between Nina Simone's definitive version of 'Who Knows Where the Time Goes' and unearthing the gentle electronics of Dub Tractor.

Eddy Arnold’s ‘You’re The Only Star’, a country tune that sounds like its transmitting from a mid-west diner wireless circa 1947, is straight from the soundtrack to an imaginary David Lynch movie, comforting and dismaying all at once. This crackly reality abounds, as on Finnish band Gentleman Losers’ ‘Honey Bunch’, that adds an unsettling texture, with a sound that is modern but as nostalgic. Frahm's own tracks bookend the mix, opening with an inspired "rework" of the infamous silent John Cage piece '4:33' ("I sat at the piano in silence and worked from there. I listened and took in the atmosphere and this is what came out of it") and ending with a solo piano version of 'Them', taken from his recently released score of the film 'Victoria'. The traditional Late Night Tales spoken word epilogue is voiced by actor Cillian Murphy (Inception, Batman, 28 Days Later), reading a short story by Edna Walsh (Hunger, Disco Pigs).

"I’ve really got off on working on compilations lately. It’s such a wonderful way to delve deep into your music collection. My flat is now crammed with music media of all stripes, from an old hand-cranked 78 phonograph player to 45s and albums on vinyl, my beloved old cassette tape collection, even mini-disks and, lately, WAV and MP3s. It’s all music to me. After spending hours recording from all of these diverse sources, I started to play around with the tunes, layering them, sampling, looping certain parts, extracting phrases and using all the freedom that this allowed me. If I got a little carried away or stepped on anyone’s toes in my quest to do something interesting and original, then I apologise. Some things may have accidentally landed on the wrong speed, while other spooky happening have occurred along the way, whether it’s ghostly additions of reverb and delay or simply subtle edits or reproductions, they’ve all gone into the magical stew I’ve tried to create for your pleasure and edification. I can’t tell you how much fun I’ve had creating this compilation for you but, suffice to say, I hope it will be a nice journey for your mind and heart."