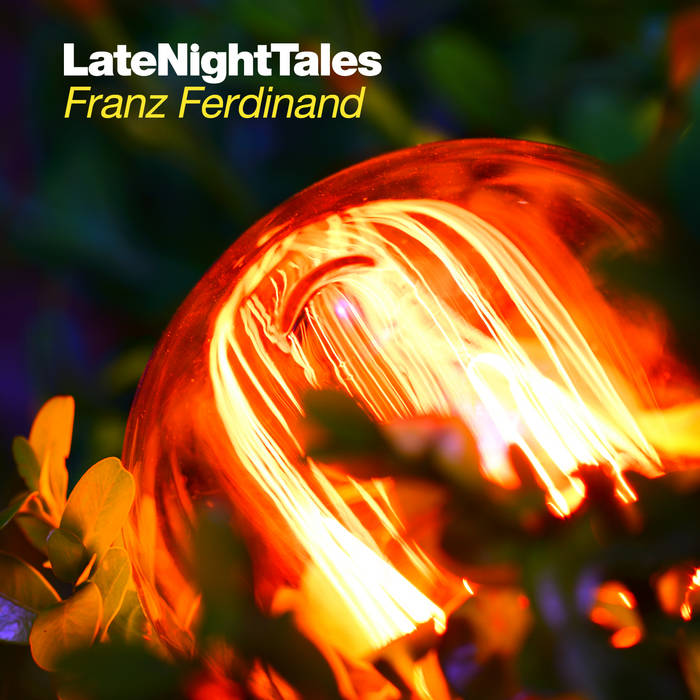 Maximillian Hauge AWESOME mix, love it to bits. The vibe, the selection, and the story at the end make this one of my favorite Late Night Tales ever!! Favorite track: I'm Only Sleeping.

Franz Ferdinand are welcomed into the Late Night Tales family with a diverse 20 track selection of musical influences, inspirations, diversions and discoveries. The quartet have released four studio albums including their 2004 self-titled debut album, which went gold just about anywhere with a record store, as well as nabbing the Mercury Music Prize and a pair of Brits for Best British Group and Best British Rock Act. They’ve subsequently gone on to release You Could Have It So Much Better, Tonight: Franz Ferdinand and last year’s Right Thoughts, Right Words, Right Action.

Announcing itself with Franz Ferdinand’s own exclusive cover version of the hugely collectible ‘Leaving My Old Life Behind’, originally performed by Jonathan Halper, (which appeared on the cult Kenneth Anger movie Puce Moment), their Late Night Tales mix flows between dark and light, introspection and affection, dancing and horizontal appreciation. Hear them join the dots between Can, Serge Gainsbourg and The West Coast Pop Art Experimental Band, Sandy's Nelson's percussion work-out 'Let There Be Drums', the irrepressible Ian Dury, funky sensations Zapp and the Disco Dub Band and sonic explorer Lee ‘Scratch’ Perry. Record collectors will note the inclusion of Carrie Cleveland's Northern Soul anthem 'Love Will Set You Free' - the LP attracts sales of £300+. Also included are a set of waywardly brilliant cover versions: Justus Köhncke’s dizzy interpretation of Neil Young’s ‘Old Man’ and R. Stevie Moore's ‘I’m Only Sleeping'. It wouldn’t be right for Franz Ferdinand to produce a mix such as this without a nod to the country that brought them together, so Glasgow’s Life Without Buildings, whose uplifting ‘New Town’ appears alongside ‘Reach For The Dead’ by Boards Of Canada. As they leave us wondering and wandering with American Spring’s Brian Wilson-produced ‘Sweet Mountain’, we take leave of our senses and suitcases on this tour bus of your mind. We’ve visited soul, funk, reggae, pop, Krautrock and others besides, but before we depart, Franz frontman Alex Kapranos provides a final farewell with the self penned story 'Defibrillator'.

"When we first got the band together I made Alex a tape for his car, an old Merc estate that we spent a lot of time in, going to and from rehearsal spaces and gigs. All of our gear and the four of us could (almost) comfortably fit inside. It was all stuff I was listening to at the time, Dr Alimantado, Judas Priest, Led Zeppelin, Plaid, Johnny Dangerous amongst others. An eclectic mix or completely random and disjointed depending on your outlook, it was representative of all our individual idiosyncrasies that merged to form the sound of the band, although I wasn't aware of this at the time. With this mix we tried to a similar thing, all of us selected the tunes, based on what we listen to on tour together and at home alone, any sustained moods or flows that occur are purely accidental. Oh yeah, the Merc estate got totalled and towed away with the tape still in the player."